Disney+, the steaming service of The Walt Disney company is launching in November 2019 and one thing is for sure: the demand for Disney+ will be sky high! This is a huge opportunity for affiliate marketeers because of the chance to jump on the bandwagon early. Will there be a Disney+ affiliate program?

Note that we’re not 100% sure whether these affiliate networks still have a Disney+ partner program, but these would be the ones we would try. Otherwise they still have other awesome SVOD (streaming video on demand) services to promote.

Update #2 April 2020: There is an official Disney+ Partner Program page

Disney+ added an page about a partner program to their official website. It’s not accessible in every country, but it can be found with Google nonetheless. The URL is https://www.disneyplus.com/welcome/partner-program. On the page there is a link to Impact and you can use it to apply for the Disney+ Partner Program.

Update: As of April 15th 2020 we are not sure whether it’s still possible to promote Disney+ through Daisycon. The public page with the information about this has been removed.

Good new for affiliates from the Netherlands! You can promote Disney+ through Daisycon. This affiliate network offers €5 for each signup.

Update: As of April 15th 2020 we are not sure whether it’s still possible to promote Disney+ through Daisycon. The public page with the information about this has been removed.

Will there be a Disney+ affiliate program?

If Disney+ decides that customer acquisition is their top priority then they might start an affiliate program. However, since the brand is already this big it’s more likely that they will follow the other streaming services and thus that they won’t use affiliates to promote Disney+.

How to make money with Disney+ if there isn’t an affiliate program?

Many of the most successful affiliates focus on building quality content. If you can create good content then you can generate traffic. Not every article needs to be focused on direct money. Once you get the visitors to your site you can start cross-selling, meaning that you will show your visitors offers that are related to the content. With Disney+ you can think about selling Disney products (like toys and theme park tickets) or selling subscriptions to other streaming services (like Amazon Prime Video)

Other Disney products with Affiliate programs

shopDisney Affiliate Program: You can promote Disneys’ official online store, shopDisney through the CJ Affiliate Network. You can make 2% commission on all merchandise sold this way.

Other streaming services with (and without) Affiliate Programs

Netflix used to have an affiliate program where they paid $10 for each free trial activation, but Netflix stopped this program years ago. It doesn’t seem likely that this program will return any time soon.

We’ve found a job vacancy on LinkedIN from a few months ago where the Disney Streaming Services company was been looking for an Affiliate Marketing Analyst for their “upcoming Disney SVOD service” (which must mean Disney+). The job description states that the Affiliate Marketing Analyst will play a critical role in supporting the launch of a global affiliate business from scratch for the forthcoming Disney SVOD service. This could be a serious hint that they will launch an affiliate program for Disney+ very soon!

What if there will be a Disney+ affiliate program?

For webmasters: Try SEMRush for free 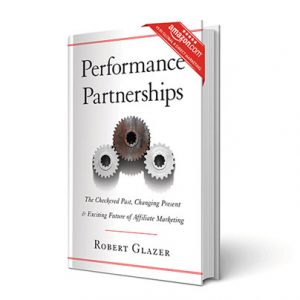